Welcome to Idolatry, a fanwork visual novel created and illustrated by the author and artist D.F Whitlock. It tells the story of a family tragedy rippling through time and space, eventually creating disastrous consequences. The story is comprised of five parts; Ab Initio, Ad Idem, Ad Coelum, Ex Nihilo, and Ad Regnum. I will be updating each part in segments at irregular intervals; eventually it will be finished.
Idolatry is an alternate universe fanwork for Arthur C. Clarke’s Space Odyssey series. It draws from similar plot elements and contains the same (and a few new) characters, but differs in many other respects and is far more fantastical. When considering this, please keep in mind that in the words of Clarke himself the novels are ‘variations of the same theme, involving many of the same characters and situations, but not necessarily happening in the same universe.’ While this was certainly an excuse for him to freely retcon, I see it as an invitation to write my own ‘what if,’ and this is my Neocities, so you can’t do anything about it.
I would also recommend viewing this sute on a landscape screen. If you are using a mobile device - please rotate your phone to see everything properly!

Start at Page One

Resume from the Archive

Minor CSS update due to page system implementation. (Also, a page system has been implemented! Image loading times suck because I draw big images. Check out the archive!) Smash your caches! Thanks for your patronage.
- D.F. Whitlock

Sorry for the two month wait. In my spare time, I've been working on movie style posters. This one is the only one that's relevant... so far. 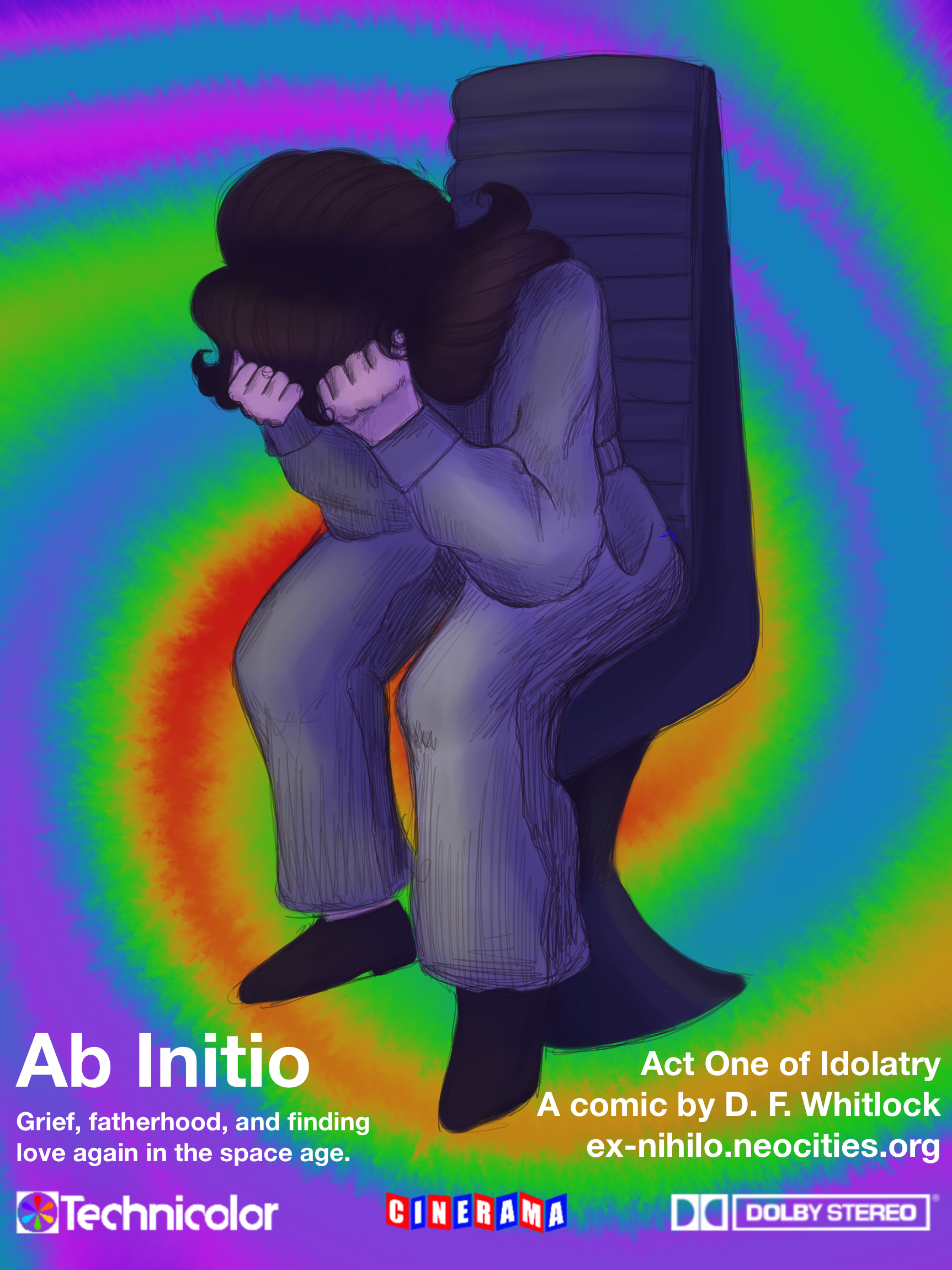 Thanks for your patronage.
- D.F. Whitlock

Hello! Page one of Ab Initio is now available.
Some general edits to the site have also been made. It now has a footer and a fancy comments page. I won't be announcing updates about individual page uploads on the site, and instead will be commenting them on the Neocities overview page. Large updates, however (starts and ends of acts, general status updates) will be posted here.
Again I implore you to view the site in landscape. It's semi-responsive, but not enough that it looks good in portrait.
Thanks for your patronage.
- D.F. Whitlock

Hi. It's been a while and this site is getting views again, so I'd like to take a moment to say that the script for the first act is nearly completed and I need to now storyboard and have that validated by my proofreaders. It's taking a lot longer than I'd like, but I'd rather the end result be polished and well rounded, and I'm sure you would too. Thanks to anyone who might be regularly checking back for your patience.
- D.F. Whitlock

The site is now a skeleton without much going on, and in an 'acceptable state for waiting,' though a few assets may be added over the next few days. Warnings and updates will be posted on this homepage as a timeline of the VN. Peace.
- D.F. Whitlock 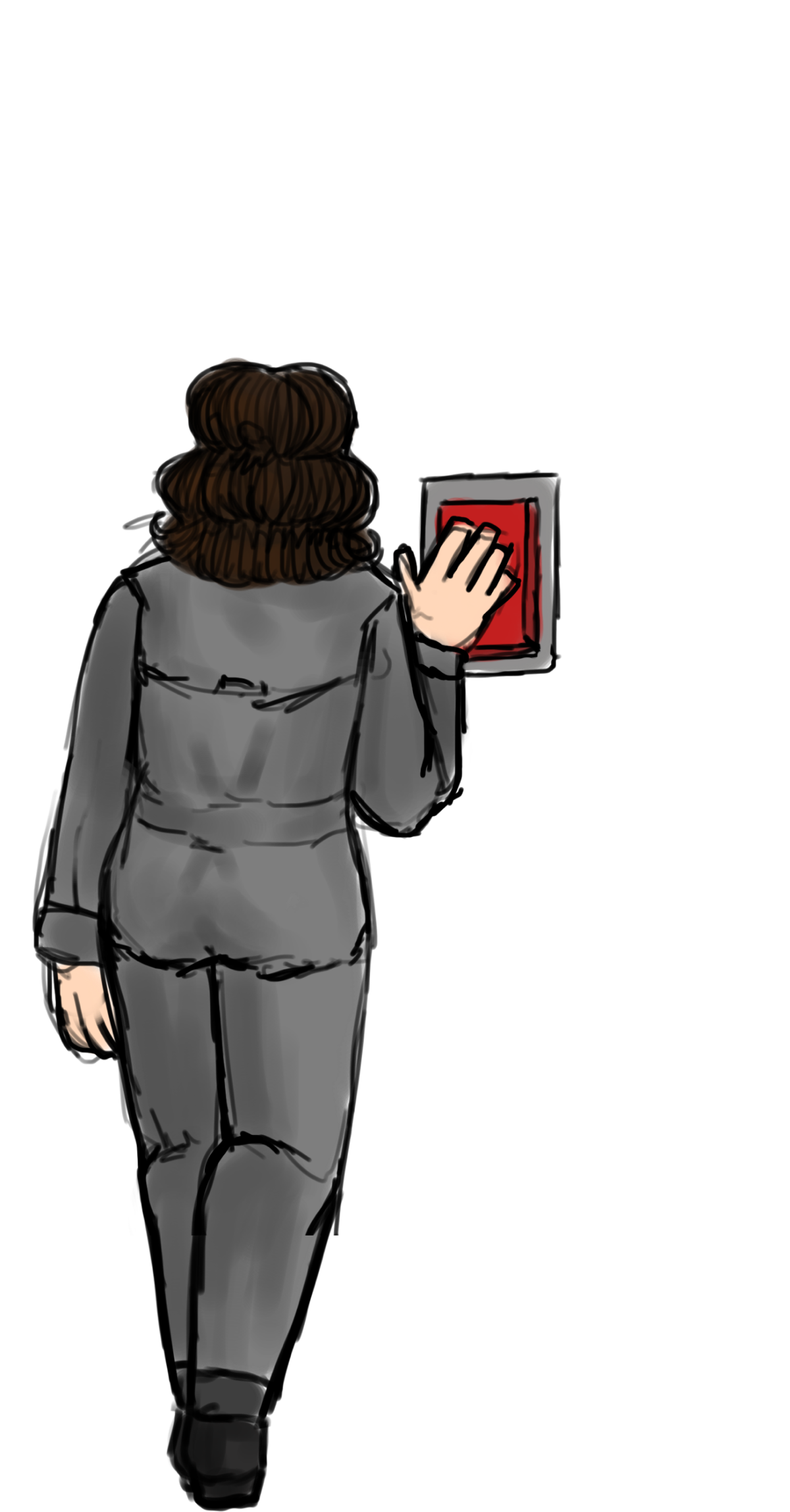